How to Find an Online Job
Jobs

With the increasing population all over the world, some countries have unique jobs that mediate unemployment. These “special” jobs are brought about by tradition or circumstances in the particular area.

Let’s find out as we look into 10 jobs that exist only in their countries and how they originated. Find out why they stood the test of time because of their cultural importance in their local area.

A gondola is a traditional flat-bottomed rowing boat native to Venice, Italy. Gondolas have been a major mode of transport for 1,500 years. Entering a new era of technology with motorized vehicles, the gondoliers now make most of these boats for something more interesting – tourism.

Since Venice is such a beautiful city ideal for romance, sightseeing through the wonderful scenery with a gondolier paddling slowly became quite a unique experience. You must have excellent rowing skills and stamina for the gondola, but more is required to be licensed by the regulatory body, La Categoria.

La Categoria tests applicants for Italian history and foreign language knowledge. Communication skills are also put into much consideration. It may come as a surprise to many that gondoliers are the hot jobs in Venice. It is not unusual for a gondolier to earn as much as $150,000 annually.

Swans are majestic birds and have been symbols of loyalty and romance since the 15th century. These birds are protected in several countries, but in the United Kingdom, swan upping is a renowned event. It’s an annual ceremony in England where swans on the River Thames are captured, marked, and released.

The British Crown owns the right of privilege to these mute swans and during swan upping, unmarked mute swans are marked by swan uppers. It became a tradition, and these days, the young ones are counted for population and health stats.

Swan uppers are involved in collecting data, checking for injuries, and monitoring the health of swans and their young. As a swan upper, you are required to understand the basic biology of these animals and how to handle them. Having a degree in biology is not a necessity, as animal handling can be taught and learnt.

Pearl diving is typical in Australia, the Caribbean, and the lakes of Japan. Pearl hunting began as far back as the 5th century. It is obvious why this became a thing in the first place and why it stuck: humans love pretty things and pearls are a favorite element of jewelry.

Pearl divers free-dive into the salty waters at the risk of being eaten by all the predators imaginable. As pearls are commonly found in bottom-feeder oysters, this requires a pearl diver to go all the way to the bottom of the lake/ocean to get pearls.

On the plus side, these divers can earn up to $1,300 a day as seen in Australia. Not all bodies of water are regulated, but you would need to earn a scuba certification for legality before applying for this job.

Not everyone likes eating out, especially in a culture-rich country like India. The word ‘dabbawala’ means “one who carries a box,” so, dabbawalas are people who deliver meals (usually lunch) to workplaces.

Acting as an early form of food delivery service in 1890, it has become a long-lasting tradition. It saves people time, resources, and money of going back home to get meals or running food errands. There are no necessary requirements for becoming a dabbawala.

You just need to have the willpower to deliver delicious meals as fast and accurately as possible while withstanding any weather conditions. Being a dabbawalla also has its perks as you can earn approximately $161.18 per month on average.

Talks about saving the planet are receiving much regard in recent times, but glaciologists remain a mystery to many. Glaciologists study snow and ice and their properties and give data that tells the effects of global warming and climatic changes to ice.

There are few things glaciologists sacrifice to help give data on global warming. The first is having to withstand the extremely cold climates of Antarctica and Northern Canada. Another is to go through a degree in geology and glaciology to become a qualified glaciologist.

Some other skills come with the job like being skilled at different models for calculating results, tracking glacial patterns, and doing lots of field research. The median annual salary for glaciologists is $74,260 and can reach up to $102,930.

Bicycle riding in Amsterdam has only few cons to its wonderfully encouraged form of exercise: up to 15,000 bicycles end up in its canals every year. For this reason, a group of people is employed to dredge up bicycles from its waterways.

Bike dredgers are part of the city’s way to sustain its waters from long exposures to bicycles. The city’s water management company, Waternet, employs a team of professional bike dredgers to fish out bicycles that fall into waters.

These professionals are hired by the company and undergo the necessary skills to handle the dredge. They then take the bicycles to the scrapyard to be recycled.

Did you know that Tokyo has the busiest metro station in the world? To help passengers during rush hours, oshiyas are hired to literally push people into the train to avoid the train doors closing on them.

The term oshiya is derived from the verb, osu meaning “push”, and the suffix, ya which means “line of work”. Oshiyas are required to wear a uniform with white gloves for identification. Working hours are from 7 A.M. – 9 A.M. and 7 P.M. – 9 P.M., the rush hours for commuters.

No specific expertise is required and interested applicants meet with the train station management for the job. Oshiyas are usually part-time workers who are mainly students, and the salary is unknown. But in the U.S., train pushers can earn approximately $22.18 per hour.

Since 1506, Swiss guards have protected the leadership of the pope and this has become a tradition. In fact, Vatican City has the only remaining active Swiss guards. They are responsible for the pope’s safety at all times and form a small army for the Apostolic Palace and Vatican City.

Recruits must undergo and complete basic training, and serve for at least two years in the Swiss military. They must have also attained a professional diploma or high school degree in addition to certificates of good conduct from the Swiss Armed forces.

All Swiss guards are male, and to join, you must be unmarried and at least 5 feet 8 inches tall. Other important requirements include being a Roman Catholic, having Swiss citizenship, and being between 19 – 30 years old when applying. As of 2015, the yearly salary for an entry-level (private) is about $18,500.

That way, they ensure that people do not get a parking fine. The job was established in 1965 and has become embedded in the culture of the area. Gold coast meter maids wear and are known for their gold lycra bikini and Akubra hat uniform.

Selection requires meter maids to be presentable as oftentimes they have to take pictures with tourists. They are expected to work shifts and sometimes weekends and holidays. Gold Coast meter maids earn an average annual salary of $38,280.

We have heard of snakes, squirrels, and monkeys invading homes in different countries, but baboons are quite different. They are aggressive animals and pose threats to homes by raiding garbage bins and other places in search of food.

For this reason, baboon monitors are hired to mitigate these threats in Western Cape, South Africa. These roles are employed by the South African national parks to restrict the baboon’s movement into urban areas. They do this by screaming, clapping, waving sticks, and sometimes, throwing stones at them.

Application is done at the national parks, and basic knowledge of baboons, as well as training, is carried out for workers. Remuneration goes for an average of R150 (app. $10.11) a day which can vary based on skills and expertise with handling baboons.

Through all the strange and uncommon jobs in these countries, they play an important function not only to the local area, but often to the culture as well. This blog post detailed unique jobs from the oshiyas to the baboon monitors and how much they earn. 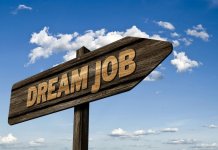 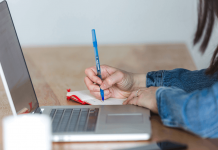 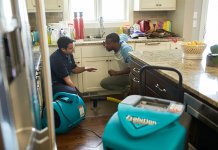 The HowToFindanOnlineJob.com helps you find your ideal job.

How to Find an Online Job © 2021. All texts are the intellectual property of this site. The trademarks, names and logos are the property of their respective companies. This site is not part of the Facebook or Facebook, Inc. site. This site is not sponsored by Facebook. Facebook™ is a registered trademark of Facebook, Inc.
We use cookies on our website to give you the most relevant experience by remembering your preferences and repeat visits. By clicking “Accept”, you consent to the use of ALL the cookies.
Read MoreACCEPT
Manage consent

This website uses cookies to improve your experience while you navigate through the website. Out of these, the cookies that are categorized as necessary are stored on your browser as they are essential for the working of basic functionalities of the website. We also use third-party cookies that help us analyze and understand how you use this website. These cookies will be stored in your browser only with your consent. You also have the option to opt-out of these cookies. But opting out of some of these cookies may affect your browsing experience.
Necessary Always Enabled

Any cookies that may not be particularly necessary for the website to function and is used specifically to collect user personal data via analytics, ads, other embedded contents are termed as non-necessary cookies. It is mandatory to procure user consent prior to running these cookies on your website.