We all love a good laugh every now and then, especially after a long stressful week at work. Bars and stages are the perfect outlet and release, particularly when there are stand-up comedians who do their craft so well that they leave people with more than just smiles on their faces.

For some people, making people laugh and smile has been their life’s work, so venturing into the field of comedy seems a natural move for them. However, becoming a comedian isn’t exactly easy, not when it requires performers to have more than just their good sense of humor.

Individuals who are keen on exploring this career path and want to start a career as a comedian should definitely take the time to get to know what it takes to build a career in this particular niche. Read on to know more about this career through this article.

What Is a Comedian?

A comedian is a type of entertainer that seeks to amuse or make an audience laugh. These are performers who do one of the most intimate performances of their lives on stage, delivering acts that bank on not only their talent and humor but also their delivery and many other aspects.

In general, comedians perform on stage by themselves. At times, however, they may appear in a duo or a group. Most comedians perform different acts to get their audiences going, such as telling jokes, giving anecdotes, and playing a particular character, to name a few.

Apart from conducting performances on stage, these entertainers can also provide appearances and lend their talents onscreen and on the radio.

Some of the most popular comedians today include the likes of Kevin Hart, Chris Rock, Bernie Mac, Jim Carey, Eddie Murphy, Steve Martin, Dave Seinfeld, and Judd Apatow. There are also women in the field who make some of the most memorable acts such as Amy Schumer, Mindy Kaling, Tig Notaro, and Sarah Silverman.

What a Comedian Does

As previously mentioned, being a comedian takes more than just having a good sense of humor. While coming up with a script for the set may be the norm, there are lots of duties and responsibilities that come with the job. These entertainers constantly need to keep up with the times, entailing hours of research on current topics and following trends both in and out of the field of comedy.

In line with this, these performers also need to write captivating content that reflects these changes and trends. Alongside these, comedians have the task of not only memorizing their written content but also creating choreography to go with it. Despite being heavy on memorization, most comedians should also be adept at making improvised content as they go along with the performance.

With many performances becoming quite technical and digital these days, they are also responsible for testing their respective tools and devices before a show. As many comedians are in charge of their schedules, staying on top of their tours and commitments is also a must.

Jumpstarting Your Career in the Field of Comedy

To start a path to becoming a comedian, aspirants need to determine whether they are ready for the challenges many comedians face. This includes naigating the changing cultural landscape, contradicting emotions, and competition.

Hopeful comedians need to make sure that they have what it means to be a comedian. The most important of these is the source: your experience. You want to make sure that your jokes are realistic and relatable because this is what people find funny.

Aspirants need to go back to their roots, think of what makes them laugh, and start from there. However, they might want to consider what the audience regards as funny and not. This entirely depends on the audience segment they want to capture. Keep an eye on the competition to see what they are doing right and wrong.

Those who want to start should also consider taking acting lessons. There may be times when they need to make the audience laugh even when they don’t feel like it. Some of the best comics are great actors, who can put on a positive face in times of internal turmoil.

Learning From the Community

One thing that can help establish a foundation for aspiring comics is to be more immersed in the sub-culture. They need to be around people who are also in the industry. Likewise, they need to interact with people who are members of the audience to get a feel of what the people respond to.

Taking classes is one of the best ways to find individuals with similar goals, or those who have achieved success in the same career path. Acting lessons, comedy lessons, and workshops are great stepping stones.

Meanwhile, the best way to find people who watch comedy shows is to attend shows. Being among the audience gives hopeful comedians more idea of what it is like sitting on the other side of the room.

Putting Yourself Out There

Say, these performers have found their foundations and have learned enough from the community. The next thing they should do is to take their jokes for a ride by performing in front of an audience.

There are plenty of opportunities for comics to perform, as long as they know where to look. The best venues are those that hold open mic nights because there is bound to be an established audience there. Bars and cafes typically hold open mics.

Performers should also use social media to their advantage. Creating a profile on relevant platforms can give them a boost when combined with the right marketing practices. Gigs are also a great way to showcase their talents and earn more followers.

Salary and Working Hours of Comedians

The hours and days of work for comedians vary. If they are already established, chances are these performers will get their schedules booked in no time–from TV shows, headlining clubs and bars, and even performing in arenas. Lesser-known comedians, on the other hand, can expect their days to be quite slower.

They may get gigs and events to perform in, but these may not be as big and as frequent right away. When it comes to one’s working hours, it greatly depends on the schedule of these entertainers. Popular comedians tend to have a busier schedule and can book up to two shows in a night. Depending on their gig, these schedules can last well into the night.

According to Salary Expert, stand-up comedians make an average of $59,729 per year. Beginners may make slightly less than this at around $43,507, while senior comedians and seasoned professionals can make roughly $73,220. Some can earn more depending on the jobs they have booked.

Advantages of Working as a Comedian

There are many advantages to working as a comedian. One of these is the endless amount of opportunities available on the market. These entertainers dabble in more than just stage performances, taking on not just radio and podcast guest appearances, but also making television appearances, voice work, and hosting gigs.

In addition to this array of opportunities, comedians also get to enjoy working in different arenas. Many even have the chance to perform at some of the most exclusive events and happenings, further widening their reach.

What’s more, these entertainers get more control over their schedule. They can work for themselves and schedule events according to their preference and availability. These performances just last for an hour or even less. They can also work as many gigs as possible, whether it be hosting, performing on open mic nights, or even festivals.

Unlike traditional work, comedians also have control over the set or routine they’re going to perform. They can tweak bits and pieces accordingly to suit their audience, even making improvised statements to help further along with their set.

What You Need to Remember

The thing with being a comedian is that it’s not all fun and games. These entertainers need to work hard to make a living, especially if they are just starting in the field. With numerous aspiring and established comedians out there, the competition can be quite tough.

Alongside this, financial problems may beset those who are just starting out, particularly when coupled with shaky job security. The audience, after all, determines what they find funny and not all jokes and bits will make people laugh.

This may be one of the reasons why individuals start with this being a side gig at first and hustle hard to make it big in the industry. At times, there aren’t too many gigs or shows available, which can be quite disheartening for performers.

It’s not impossible to start a career as a comedian. With this know-how, you can pursue this career in the entertainment industry and make a name for yourself in no time, giving smiles and laughs to people you come across. 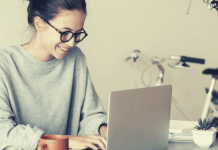 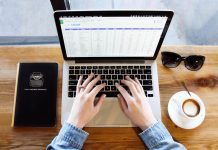 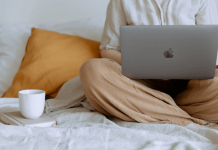 It’s Possible to Make Money Completing Surveys: Learn How To Do

Food Stamps – How to Use the SNAP Food Benefits in US

It’s Possible to Make Money Completing Surveys: Learn How To Do

Get to Know the Top 5 Apps to Find Data Entry...

Food Stamps – How to Use the SNAP Food Benefits in...